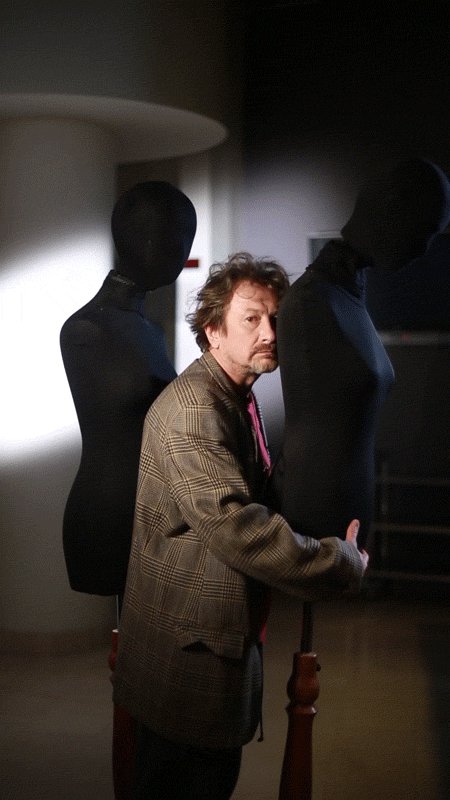 Stepan was born and raised in Uzbekistan.

He moved to Moscow after graduating from high school, and first studied at a technical school to be a locomotive driver. For a while he was a metro driver in Moscow, and then was drafted into the army, and served at Plesetsk Cosmodrom.

In 1985, he began working at the Moscow Car Factory, and joined the factory’s amateur drama theater. Among other roles, he played Treplev in Chekhov’s Seagull, Ancus Marcius in Leonid Andreyev’s The Pretty Sabine Women, and Behemoth the Cat in a stage production based on Bulgakov’s work. After the car giant collapsed, Stepan was jobless for a while.

Between 1999 and 2000, he was a gatekeeper at Vladimir Vysotsky House Museum.

On April 1, 2000, on somebody’s personal recommendation, he came to Fomenko Workshop Theater’s mechanical and scene shop as a scene shifter. After Fomenko saw him perform at the actors’ party in honour of the theater’s 10th anniversary, he suggested that Stepan take part in rehearsing Three Sisters production.

In 2005, he was officially transferred from the scene shifter position to the actor position.
Upcoming Performances