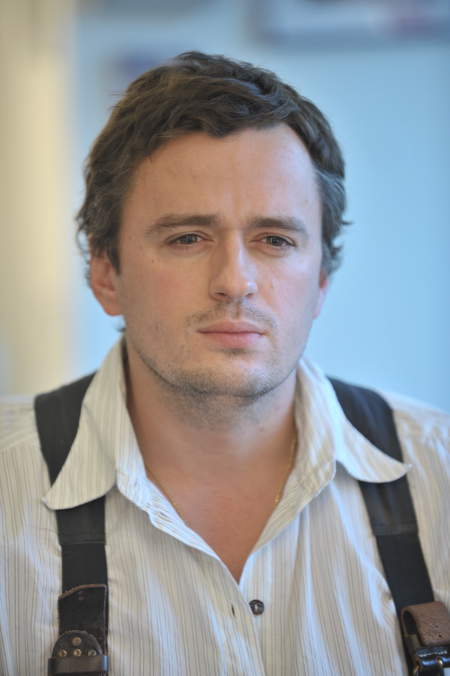 He was born in Moscow. At the age of 12 he already played role of a hooligan, where he was noticed by Lydia Novitskoj — some times ago she had been K. S. Stanislavsky's assistant(!).At school he played the role of Fedot-archer, but because of small growth he had to play in boots with huge heels.
He graduated from the Russian Academy of Theatre Arts (GITIS, class of P. Fomenko) in 2001, and since this time he has been at the Moscow Tabakov Theatre. The role of Zaharia Muarron in performance The Servitude of puritans — his debut at the Moscow Art Theatre.