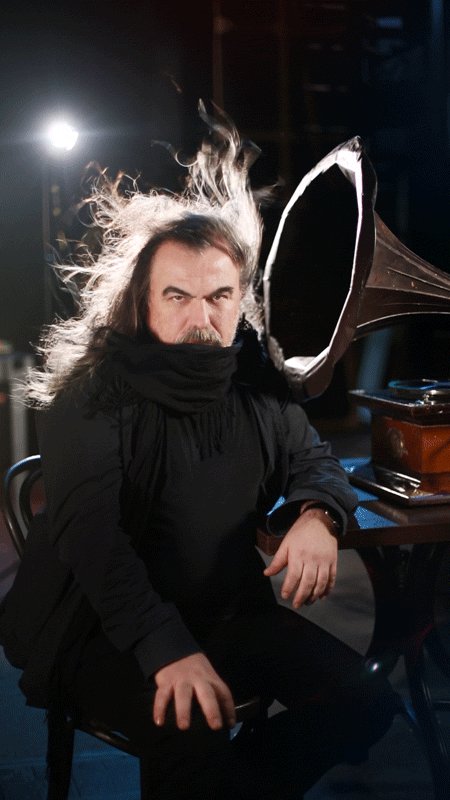 Ivan Popovski was born May 2, 1969, in Skopje, Macedonia. He graduated from the Pyotr Fomenko workshop in the directing department of the State Institute of Theatre Arts (GITIS) in 1993. When he began his studies in 1988 he did not know a word of Russian, which he mastered in three months.

Throughout his second year he rehearsed Marina Tsvetaeva's verse drama The Adventure, the premiere of which took place in 1991. It was officially acknowledged as the best production of the year in Moscow. The Adventure was one of the most important events that lead to Pyotr Fomenko's student course being transformed into the Pyotr Fomenko Workshop Theatre. Beginning with this production, the group was recognized abroad and began touring Europe actively.

In 1992 he staged Fernand Crommelynck's The Sculptor of Masks for the Alla Sigalova Independent Troupe. This served as his graduation production.

In the 1990s Popovski staged works at various theatres around the world, from Omsk to New York. Some of these shows include:

Popovski conducted a three week master class in Moscow for American students at the Harvard-Moscow Art Theatre summer school in 2005. It culminated in a production called Where I Have Never Been for the Sixth Studio of the American Studio of the Moscow Art Theatre. He also taught master classes at Harvard in Cambridge, MA.  In 2008 Russian president Dmitry Medvedev signed an order proclaiming Popovski a laureate of the Pushkin Award for significant contributions to the strengthening of Russian-Macedonian relations and the popularization of Russian language and culture. Ivan Popovski and artists of the Yelena Kamburova Theatre of Music and Poetry received the Moscow City Prize of literature and art in 2009 in the Musical Art category for the creation of a trilogy consisting of P. S. Fantasies, Absinthe and The Four Seasons. That same year Popovski received the national Musical Heart of Theatre award and a Crystal Turandot for The Four Seasons, as well as a Crystal Turandot award in the category of Best Direction and Scenography.

Productions at the Yelena Kamburova Theatre of Music and Poetry