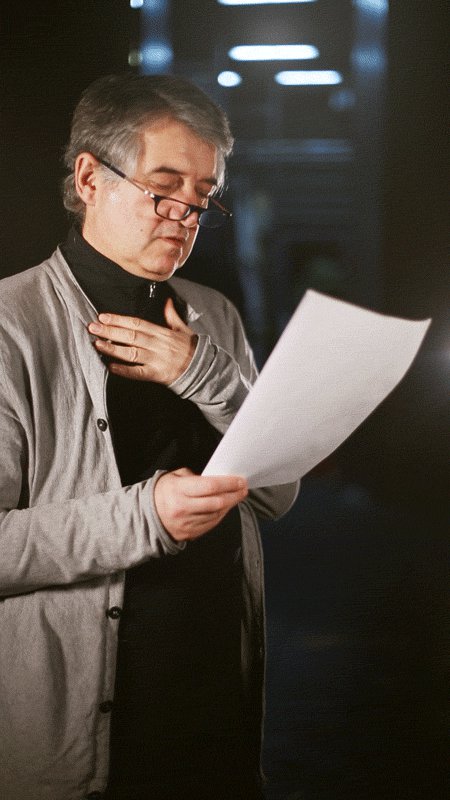 Distinguished Artsmaker of Russia
Yevgeny Kamenkovich was born into a theatrical family on November 9, 1954, in Kiev. His father Boris Kamenkovich was a director and a choreographer; his mother Irina Molostova was an opera director. He graduated from Vladimir Andreev's workshop in the acting department of the State Institute for Theatre Arts (GITIS) in 1976. However, he  immediately turned his interest from acting to directing and in 1982 he graduated from Andrei Goncharov's workshop in the GITIS directing department.

A year after graduation, Yevgeny Kamenkovich began teaching in two workshops simultaneously. From 1983 to 1992 he taught with Anatoly Vasilyev, and from 1983 to 2001 he taught as  a member of the team in Pyotr Fomenko's GITIS workshop. He was the head of an acting course at the Moscow Art Theatre school from 2000 to 2004, and has taught in Sergei Zhenovach's workshop at GITIS since 2001.

He began participating in a pedagogical experiment in 2007 when he joined forces with Dmitry Krymov at GITIS, where the two jointly head a workshop that educates future directors, designers and actors together in a single group.

He was awarded the Konstantin Stanislavsky Prize for pedagogy in 2010 and a Moscow city prize in the field of literature and art in 2013.

Kamenkovich has midwifed numerous productions by young directors working in the first and second graduate student studios at the Fomenko Workshop Theatre. They include Ryzhy, based on the poetry of Boris Ryzhy (2010), A Russian on a  Rendezvous, based on Ivan Turgenev's story Spring Freshets (2011), The Egyptian Stamp after Osip Mandelstam's story (2013), Last Meetings, based on stories by Ivan Bunin (2013), and Alexander Pushkin's poem Ruslan and Lyudmila (2014).

Kamenkovich has worked on ten or more productions at  the Fomenko Workshop Theatre. One production, The Main Thing, after Mikhail Shishkin's novel Maidenhair, received the Crystal Turandot award for season's best prodution in 2007. In 2008 it won the Hit of the Season award. Actresses in the show won Golden Mask awards.

Kamenkovich was nominated for the post of Artistic Director by the company of the Pyotr Fomenko Workshop Theatre on September 24, 2012, and on  September 27 he was appointed to that position by  the Department of Culture of Moscow.

Productions at the Fomenko Workshop Theatre:

Yevgeny Kamenkovich has worked with many different theaters. His list of productions includes:

Kamenkovich also directs and teaches abroad. Some of that work is reflected in the following productions:

Kamenkovich has staged numerous productions with students at  the Russian Academy of Theatre Arts (formerly GITIS):